Heating and air conditioning installation these days is far more complex than in the past thanks to the technologies that have evolved in the manufacturing and functionality of newer equipment. Complex though they are, today’s units are also better at providing quality heating and air conditioning, saving energy and lasting longer than their predecessors. They’re also more environmentally-friendly.

Wood-fueled heating. Wood-burning fireplaces were the most popular means of heating in the U.S. before 1885. The metal-lined devices were the invention of Benjamin Franklin, so they were known as Franklin stoves. There was no shortage of wood back in the day, and Franklin stoves were considered high-end.

Steam-fueled heating. Cast-iron radiators took the place of Franklin stoves by the end of the 19th century. A boiler that burned coal made central heating possible in American homes. Hot water or steam traveled to the radiators in rooms via a network of pipes connected to the boiler.

Coal-fueled heating. Another invention also became popular at the same time as steam heating. This was the riveted-steel coal furnace invented by Dave Lennox. Basement furnaces provided heat to rooms upstairs by taking advantage of the natural tendency of hot air to rise. Ducts from the basement transported the warm air to the rest of the house.

Forced-air heating. In 1925, half of the homes in the United States had electric power, but it wasn’t until ten years later that electricity provided the means to use forced-air furnaces. These furnaces still relied mostly on coal to produce heat, but electric fans were now available to blow the warm air through the ductwork. Eventually, gas and oil became primary sources of heat, according to heating and air conditioning maintenance professionals.

Get in touch with Superior Air, your air conditioning repair pros, for more information. Call us today at (559) 734-2002 or fill out the form here. We work with homeowners in Tulare, CA.

We invite you to schedule an appointment with Us at Superior Air for Quality HVAC Service, highlighting energy savings and improved indoor air quality for you and your family. Whether your needs are for a new heating or cooling system, or an appointment to address an operational concern, please contact us at either convenient online option below, we would be happy to be of service to you.

Schedule Appointment (559) 734-2002
Our Testimonials
What Our Clients Think

We have used Superior Air for years, we had them install a new Carrier Syst...

Superior Air did an analysis & installation of two Rheem units on our h...

Awesome staff! Bought a home that had a unit on from Superior Air so I have...

They are surprisingly efficient, friendly people, went in for an estimate o...

Very pleased with the service I received. Jorge was on time and professiona...

Jorge came on time. He was thorough and professional. Jorge repaired and ex...

My experience with Superior Air is that Larry and his team are kind, approa...

Rely on Superior Air for all of your HVAC needs. We offer a wide variety of products and services that will leave your home or office feeling comfortable and clean. As a Carrier® authorized dealer, we have top-of-the-line solutions. We also offer convenient financing and online payments!

Who We Are
Since 1994, Superior Air has served as a trusted HVAC contractor for homes and businesses throughout the Visalia area. We are a family-owned business and dedicated to treating our customers like family. As the area’s only Carrier Factory Authorized Dealer, we truly are Superior!
Links
Our Services
Follow Us 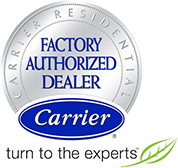